"For I know the plans I have for you,” declares the Lord, “plans to prosper you and not to harm you, plans to give you hope and a future." 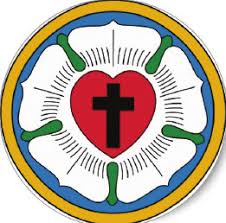 "Taste and see that the Lord is good; blessed is the one who takes refuge in him."

"And we know that all things work together for good to those who love God, to those who are the called according to His purpose."

ELCT NORTH CENTRAL DIOCESE was established in 1973. At that time, it was known as Sinodi Arusha Region with Pastor Mesiaki Kilevo as its first leader. Sinodi had only 30,000 members, 20 Parishes and 110 Sub-Parishes.

The second leader was late Bishop Dr. Thomas Olmorijoi Laiser from 1980 up to 1986. In 1986 Sinodi became a Diocese in Arusha Region and he was its first Bishop.

In 2010 Arusha region was split into two different regions, Arusha and Manyara, the Arusha Region Diocese became North Central Diocese. Late Bishop Dr. Thomas Olmorijoi Laiser led it until his death in 2013. Bishop Dr. Solomon Jacob Massangwa succeeded him and became the second Bishop of North Central Diocese- a post he holds to this very day.

North Central Diocese offers to the congregation service of the gospel for spiritual, physical and mental needs in Arusha and Manyara regions- excluding Karatu, Mbulu and Meru districts.

North Central Diocese has a large width of two regions namely Arusha and Manyara. In the North, it borders Kenya. In the West, it borders the Mara Diocese, Eastern Lake Victoria, Mbulu and the Karatu Province of Northern Diocese.

In the South, it borders Dodoma and Morogoro Diocese.  In East, it borders Diocese of Meru, Northern, Mwanga, Pare and Northern East.